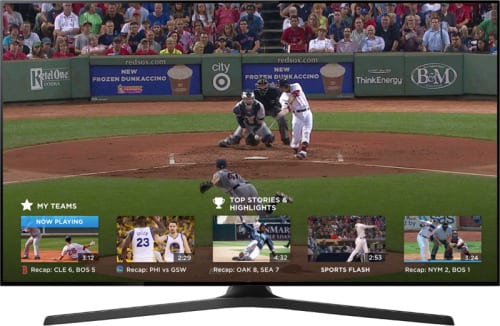 Yahoo launched a dedicated sports app for the Apple TV, giving users the ability to take advantage of live streams, video highlights and sporting news, similar to its iOS app.

The app allows users to create custom playlists of video content from all of the major progressional sports leagues with a goal of creating a “highly personalized” feed of content.

As for live streams, Major League Baseball is offering up its “Free Game of the Day” to Yahoo, but that’s it for now. Don’t expect any live NFL games after the league inked a deal with Twitter earlier this year.