12 years after the start of Netflix’s revolutionary online video service, more and more companies are jumping on the streaming bandwagon. And, it’s no wonder, when other early adopters like Hulu are some of the most successful companies in the country.

With the recent launch of both Disney+ and Apple TV+, catching all of your favorite shows is becoming quite pricey. While Netflix and other big-name streaming services used to be one-stop-shops for nearly all of the top TV shows, exclusivity has become an issue in recent months as companies pull the rights to their titles in preparation for their own subscriptions.

We polled 1,000 Americans to see if they would choose to bundle and avoid the multi-subscription headache, but surprisingly enough, many would prefer to keep things complicated.

According to our findings, 67% of Americans use one or more streaming service every week, while 44% use at least two different services. 6% of respondents even reported using six or more streaming services on a weekly basis! A study writeup from Forbes in 2019 estimates these numbers to be even higher, with the average American subscriber paying for 3.4 subscriptions each month. At an average of just $8.53 per month for each service, it’s no wonder that the majority of American households have succumbed to the streaming craze.

Americans would pay $20 per month to bundle streaming services

Even though the total price of subscribing to several different services is still less than the average price of cable, this practice comes with some annoying drawbacks, mainly that you have to keep track of multiple bills each month. Even so, we found that 30% of respondents would choose not to bundle their services if given the option. 14% would pay $10 per month for a bundle option, and 32% would pay $20 or more.

A study from the Hollywood Reporter revealed similar findings, and that $21/month is the pricing sweet spot for what consumers would pay for subscription bundles. Though this makes sense for low-priced services like Hulu and Disney+, it could be bad news for the more expensive options like HBO NOW as many Americans will likely be too cheap to shell out for the premium content.

What do people value most in a bundled service option?

One of the few allures that traditional cable still retains is the inclusion of “premium” channel options like HBO and Starz. These channels typically have much higher production costs and are known for their big-budget CGI and sometimes scandalous content (looking at your $15 million episodes, Game of Thrones).

Most of these shows aren’t available on streaming services, causing non-cable owners to miss out on some of the biggest titles of the day. However, our findings show that streaming users don’t actually care very much about premium content, with just 2% reporting that access to these networks would be a reason to bundle. In addition, most streaming services are investing heavily in original content to combat network exclusivity issues, and these could rival the high-quality offerings on premium channels.

Perhaps unsurprisingly, the most common reason respondents would choose to bundle their subscriptions would be to save on costs. This makes sense, as it’s often one of the main reasons people turn away from cable in the first place. In addition, 12% would choose to bundle in order to just pay one bill, and 11% to access everything on one platform.

Which streaming services are the most popular?

Perhaps because it was the first on the scene, Netflix remains in the top spot for total number of subscribers. According to a CNBC study in 2019, Netflix has more U.S. subscribers than the next two most-popular services combined, at 60.6 million. Though this number is dwarfed by the amount of U.S. adults still subscribing to cable (186.7 million in 2018), “cord-cutting” is happening at an even faster rate than predicted, meaning Netflix’s viewership will likely continue to soar.

However, some analysts believe that the recent launch of competitors Disney+ and Apple TV+ could pose serious threats to the streaming veteran. According to a survey by Fortune and SurveyMonkey, two out of five Netflix, Hulu, and Amazon users reported that they would subscribe to at least one of the new platforms. With the exorbitant costs of content licensing rising with the competition, and a viewership that most-values the low subscription rates of traditional streaming, the Big 3 may be hard-pressed to keep up.

On the flip side, investment firm Piper Jaffray reported optimistic findings to CNBC, stating that most current Netflix subscribers did not plan to check out either of the new services. And even if they did, investors believe consumers would likely subscribe to both services, not drop Netflix in favor of a new option.

Though multi-service streaming is popular, we know that most American families want to pay around $20/month for their streaming needs, which means eventually something will have to go. In fact, a study from PCMag in 2019 showed that 65% of streaming users would cancel their subscription over price increases.

Why do people still pay for cable?

With the plethora of at-your-fingertips-entertainment options available, why is anyone still paying $100/month to watch commercials? We’ve already covered one of the main reasons, which is that most cable subscriptions include an option for premium channels that often aren’t available to stream.

Sports are another big factor. Though major championships are usually broadcasted to free networks, anyone looking to watch other games throughout the season needs a cable subscription. Sports-specific streaming services are available, such as ESPN+, but the narrow content offerings aren’t enough of a draw for most families.

Perhaps the biggest reason cable is still around is that it is a lifelong habit for many people. 37% of our survey respondents 65 and older reported that they currently don’t use any streaming services. Many older viewers couldn’t imagine TV without their trusty DVR, and the convenience of one cable/phone/internet bill is tempting. As streaming-raised Millennials continue to start their own families, it’s likely that the high cable viewership in the U.S. will rapidly decrease as cord-cutting becomes a more enticing option.

As the streaming landscape continues to get more crowded, options are becoming more and more customized. Though some might appreciate the original content this encourages, many may long for the simple days of Netflix and Hulu, or even just for the trusty cable box.

In order to help you navigate the competitive streaming service field, we’ve compiled a simple guide to the best subscription for your situation. Take a look below:

Soda.com used Google Surveys to ask 1000 Americans about their usage of streaming services. The survey was fielded between November 7, 2019 and November 10, 2019. 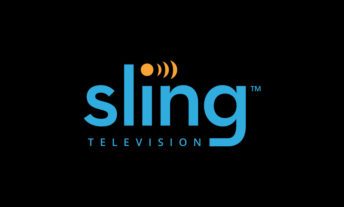