Where to watch 4K content: Guide to the best streaming services for 4K

If you’re looking to get started with 4K streaming, you’ve come to the right place. Whether you’re in the mood for an ultra-sharp Lakers game or want to relive every season of Stranger Things all over again, 4K resolution is the way to go. It’s true that not every show, game or movie is available in 4K, but the list is steadily growing. Here’s everything you need to know about the best places to watch 4K content right now.

What is 4K streaming?

In the technical world, 4K — or ultra high definition (UHD) — means a screen with eight million pixels. In reality, that means the picture is around four times as sharp and clear as regular high definition (HD). So if you’re watching 4K content, you’ll notice all the little details you couldn’t see before, whether it’s a wider variety of colors or the individual hairs on a person’s head.

Should you get 4K streaming options?

Not sure whether 4K is worth your while? Well, it may not make the biggest difference if you only watch TV for the news and talk shows. But if you’re a mega movie fan or a lover of nature documentaries, 4K can really upgrade your viewing experience. It also gives a more realistic atmosphere to sports events (although there aren’t many sports available in this resolution just yet). Plus, if you care about having the latest technology, you’ll struggle to turn down the 4K opportunity.

What do you need to stream content in 4K?

Unfortunately, 4K streaming isn’t as simple as switching on your TV. For a successful stream, you need to have the right equipment. The most obvious essential is a 4K-compatible TV. Now way more affordable than before, you can pick up a high-quality 4K model for a few hundred dollars. They come in a range of sizes, so you can easily find one to suit your living space.

Next, you’ll need access to a streaming service that houses 4K content. Most 4K TVs are smart TVs that feature tons of streaming apps like Netflix and Hulu. But if you don’t have a smart TV, you’ll have to invest in a streaming device like Amazon Fire TV Stick 4K or Chromecast Ultra.

Finally, you need to ensure your internet fits the bill. Streaming in 4K takes up a lot more bandwidth than HD viewing, and if you don’t have the right internet speed, you’ll face plenty of problems like buffering. You’ll likely need around 15 megabits per second (Mbps) for each 4K stream you want to view. However, bear in mind that some services require a minimum of 25 Mbps. It’s also worth taking into account the fact that other devices in your house, such as computers and game consoles, can use up your precious internet, affecting the overall speed.

Once you have the right equipment and access, you’re ready to stream in 4K. But to do that, you need to find 4K content. Unfortunately, not everything is available to watch in Ultra HD. But the following streaming services have a decent 4K library to browse.

One of Netflix’s main competitors, Amazon Prime Video, also features a ton of 4K content that’s either free for subscribers or available to rent or buy. A streaming-only subscription costs $8.99/mo. or $108/yr. (Alternatively, you can subscribe to the full Prime service for $12.99/mo. or $119/yr.) Again, you’ll need an internet speed of at least 25 Mbps and a 4K device such as a 4K TV, Amazon Fire TV Cube or Apple TV 4K. Find hit new series like Fleabag along with modern movies such as Knives Out and classics like Top Gun.

Apple TV+ costs just $4.99/mo. Its library is still relatively small compared to other on-demand services, but each and every title is exclusive to the platform and available in 4K. Many regard Apple TV+’s 4K streaming capabilities to be among the best — watch See, The Morning Show or The Elephant Queen for proof. You’ll need a minimum of 25 Mbps internet speed in order to stream successfully and can view content on a number of 4K devices, including Amazon Fire TV Stick 4K, Apple TV 4K and 4K TVs by Sony and Vizio.

CuriosityStream is a little different from the rest in that it only showcases documentaries spanning history, nature and technology. Watch the likes of Big Picture Earth and Deep Ocean as well as Stephen Hawking’s Favorite Places in 4K via the service. CuriosityStream’s premium 4K plan will set you back $9.99/mo. or $69.99/yr. and requires an internet speed of 25 Mbps or higher. Compatible devices include Chromecast Ultra, Roku 4K models and Xbox One.

For $6.99/mo. or $69.99/yr., you can catch almost every title from Disney, Pixar, Marvel and Star Wars via Disney+. To watch 4K on-demand content, ensure your internet speed is 25 Mbps minimum and that you have a compatible 4K device, whether it’s a 4K TV, Chromecast Ultra or Xbox One. Surprisingly, even some classic Disney animated features like the original Aladdin are available in 4K along with the new Star Wars series, The Mandalorian, and Marvel’s Black Panther.

Hulu offers several on-demand titles in 4K. Prices start from $5.99/mo. for on-demand viewing and $54.99/mo. for the live experience. Just like Netflix, most of the 4K content revolves around Hulu’s original shows like The Handmaid’s Tale, The First and Catch-22. Hulu requires an internet speed of just 16 Mbps to stream in Ultra HD and works with pretty much every 4K device on the market.

Netflix is one of the giants of the on-demand streaming world. It’ll cost you $15.99/mo. to access its 4K catalog, and you’ll need a minimum internet speed of 25 Mbps. Watch Netflix on a range of devices, including 4K TVs by the likes of LG and Samsung and any modern 4K streaming device like Roku Ultra. Expect to be able to watch all of Netflix’s biggest original shows like The Crown in 4K along with mega movies like The Irishman and stand-out documentaries such as Blue Planet.

YouTube is a free way to watch 4K content whenever you like. Uploaded by users from across the globe, its 4K videos encompass animals, travel and more. (Check out the HDR Channel for a real treat.) There are also movies to rent or buy in 4K, such as Joker and the Harry Potter saga. You’ll need a 20 Mbps internet speed to watch 4K YouTube and a 4K device like a smart TV, Roku streamer or Chromecast Ultra.

Vudu doesn’t charge you a set fee per month. Instead, you pay for each title you decide to rent or buy — prices usually start from around $2.99 and can range up to $19.99 for 4K purchases. The service’s 4K library is rapidly growing. Right now, you can find everything from Jurassic World and Wonder Woman to A Star is Born. An internet speed of only 11 Mbps is required for 4K viewing. And, just like the other services, Vudu is available on pretty much every 4K device that exists.

On-demand content allows you to watch any title at any time. Here are the best services for 4K on-demand viewing:

Unfortunately, there aren’t many ways to watch live TV in 4K. But you can catch certain live sporting events and other content on the following:

In some cases, you don’t even have to pay to watch 4K content. Here are the best ways to do it for free:

Streaming services aren’t the only way to catch shows, movies and sports in 4K. Here are your other options: 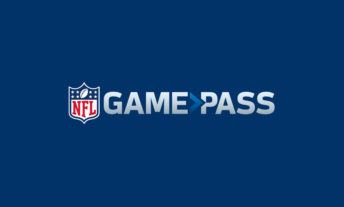 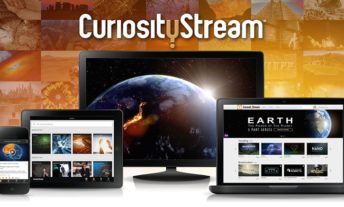