Price is one of the biggest factors when people cut the cord. Most people don’t want to give up cable – they just don’t want to be ripped off anymore. So, when looking for a replacement streaming service, it’s important to find out how much it’s going to cost, and what you’re getting in comparison to what you’re giving up. So, this article will give you all the details you’ll need concerning the AT&T TV NOW price per package. If you are here, asking how much does AT&T TV NOW cost, you’re about to find out the answer!

We’ll go over the AT&T TV NOW cost, the channels you’ll receive, premium channels that are available, and any deals that can help lower the overall cost of your subscription. The basic answer to the question, how much is AT&T TV NOW, is somewhere between $50 and $135 per month, depending on the package you choose! There are many different packages available ranging in price, offering between 45 to 125+ channels.

How Much is the AT&T TV NOW Price?

AT&T TV NOW pricing ranges from $50 a month to $135 a month, depending on the package you choose. There is a free 7-day trial of any of these packages. AT&T TV NOW also regularly adds new channels. You will find details about the various AT&T TV NOW packages below:

In addition to the two main plans, “Plus” and “Max”, AT&T TV NOW offers a variety of larger packages. The price for these plans is quite a bit higher, so they are only worthwhile if you really want all the included channels. An overview of pricing for these plans is found below.

For full details about these various plans, check out our AT&T TV NOW channel list guide.

What About Premium Channels? 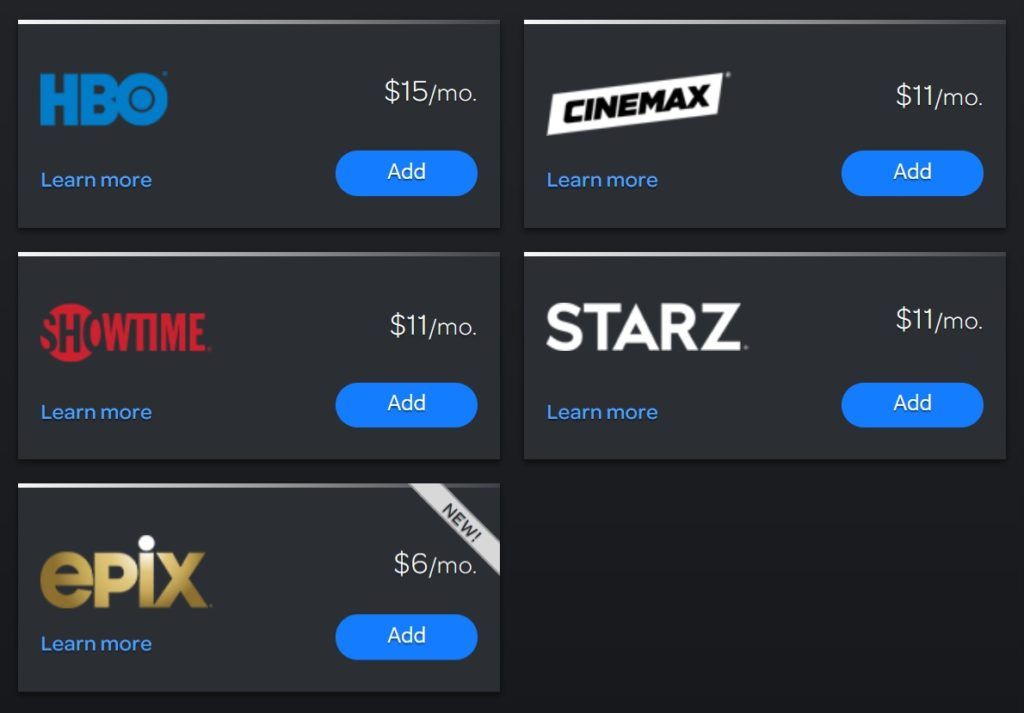 Premium channels such as HBO, Cinemax and Showtime are all available via AT&T TV NOW. Some are included in specific packages, while others can be added on to different plans for an additional price.

HBO – included in Plus and Max plans. $15 add-on for other plans

Cinemax – included in Max plan. $11 add-on for other plans

Be sure to check the channel list of the plan you are considering to see if it has all the channels you want. If not, some can be added on. These premium channels also come with a free 7-day trial to test things out.

In order to be sure that AT&T TV NOW is for you, they offer a free one-week trial. This trial gives you access to a full week of any of the packages you want to try out. The AT&T TV NOW free trial is a great way to experience what the service has to offer. The fact that you can also get a AT&T TV NOW free trial for all three of the premium options makes the deal even sweeter. That’s a lot of free TV to watch! If you have any more questions about AT&T TV NOW price or packages you can check our AT&T TV NOW review or you can leave your questions in the comments! We also have a more detailed AT&T TV NOW channels list to check out.