Disney+ vs Netflix: Which Streaming Service Should You Get?

The online streaming industry is becoming increasingly crowded, with newcomers such as Disney+ challenging the established services like Netflix. Consumers now have more choices than ever before when it comes to choosing a streaming service. This article will compare two very popular options, Netflix and Disney Plus, to see which one offers the better value. Keep reading for our full Disney+ vs Netflix comparison. 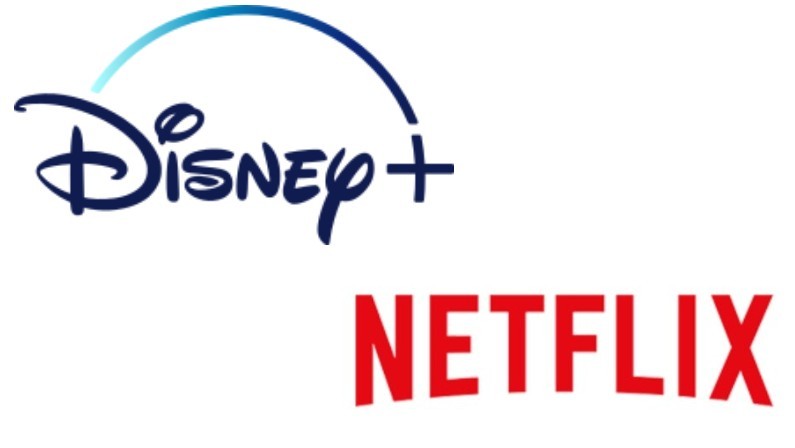 Disney+ vs Netflix: The Basics

First and foremost, let’s cover the basics of these two services. In a lot of ways, Netflix and Disney+ are quite similar:

For full details on each service, check out our Disney+ review and our Netflix review. Next, let’s move on to the different shows on Disney+ vs Netflix.

The real bread-and-butter of any streaming service comparison involves the actual content they offer. What shows are on Disney+ that aren’t on Netflix, and vice versa?

These two services both have a lot to offer, but their selection varies significantly. Here’s a recap:

Disney+ offers lots of shows and movies, many of which are available exclusively on the platform. Highlights include content from the franchises of Marvel, Star Wars, Pixar, National Geographic, and FOX. At launch, the service had about 500 movies from the Disney library, and around 7,000 episodes of TV shows. The selection of shows on Disney+ will expand rapidly as the service grows. Ultimately, Disney+ is best for people who enjoy the Disney, Marvel, Star Wars and National Geographic content libraries. It’s also a good choice for families with children.

Netflix offers the largest content library of any online streaming service, by a good measure. Disney+ really does not even come close to the sheer selection of Netflix. Netflix reportedly has around 4,000 movies and 1,500+ TV shows in its digital library. The selection of shows on Netflix is constantly evolving, and the service puts a big emphasis on original content available exclusively on the platform. Ultimately, Netflix is best for people who want the most selection possible, and who don’t mind giving up access to some ultra-popular content that’s exclusive to Disney+. If you’re only going to have one streaming service, it should probably be Netflix, due to the sheer size of its content library.

Because their offerings are so different, it’s somewhat difficult to compare Disney+ vs Netflix in terms of their content library. While Netflix has a larger library by far, Disney+ features some of the most popular movies and shows ever made, including Star Wars, The Simpsons, and the Marvel universe. Disney+ also offers a wide selection of children’s content.

How do Netflix and Disney+ compare in terms of original content? For those who don’t know, original content refers to shows and movies that have been produced exclusively for these streaming platforms. In other words, content you can’t find anywhere else.

Both services are investing heavily in original content. Netflix has a long lead, simply because they’ve been around for longer – but Disney+ has some extremely popular franchises to work with.

Disney+ is a relatively new service, so it doesn’t have as many originals as Netflix. With that said, there are some great original shows on Disney+, including The Mandalorian (Star Wars universe), High School Musical: The Series, Hero Project (Marvel universe), and more. We expect Disney to ramp up their original content productions in the years to come.

Netflix has a huge library of original content. Highlights include Stranger Things, Orange is the New Black, Bojack Horseman, Black Mirror and many more. As more streaming services start to pop up, Netflix is investing heavily in original content, so we expect to see even more great originals coming to the service.

What’s the difference in price between Disney Plus and Netflix? Each service has a few different options, explained below:

Disney+ costs $6.99 per month, with no contract. Click here to try Disney+ free for 7 days.

The service also offers some package deals, where Disney+ is bundled with Hulu and ESPN+, two other streaming services owned by Disney’s parent company. For $12.99 per month, you can get Disney+, Hulu (ad-supported version), and ESPN+. That’s a pretty stellar deal – if you find value in these other services.

Netflix costs $8.99 to $17.99 per month, depending on the tier you choose. $8.99 buys you a basic subscription which does not include HD streaming, so most people will want to skip this option. $13.99 gets you HD streaming, and the ability to watch on up to 2 screens at once. And finally, the $17.99 package gives you 4k streaming (for the limited library of 4k content), and access to stream on 4 screens at once.

Considering that most people will go with the $13.99 per month package from Netflix, Disney+ is just over half the price of Netflix. And while Netflix offers more content overall, Disney+ may offer the better value at this point in time. 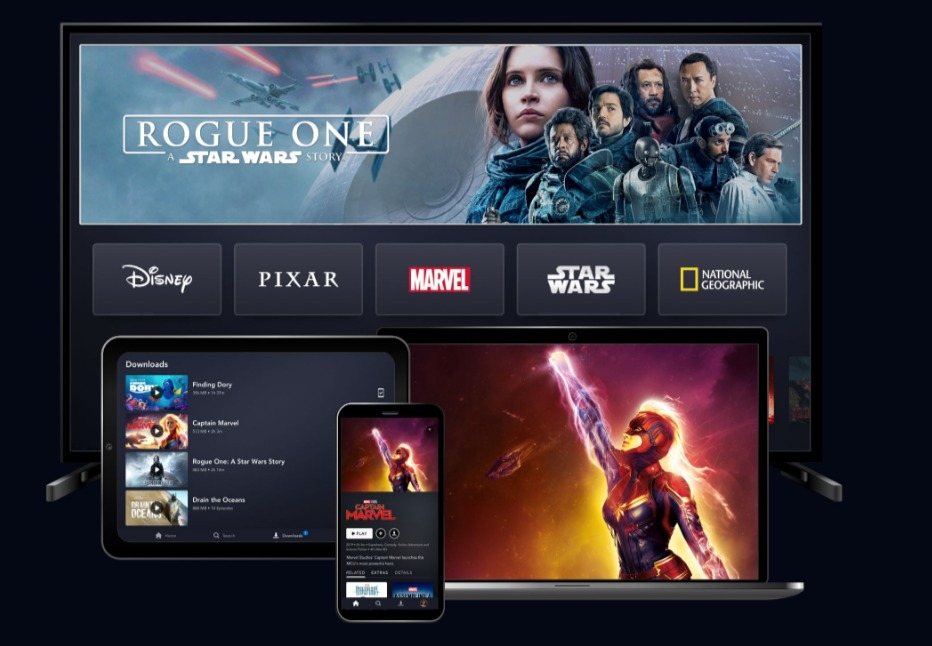 What about device support on Netflix vs Disney+? Both services are fairly similar in this regard, as both support the majority of popular streaming devices (as well as mobile phones and tablets). You can find a full list of Disney+ devices here and a list for Netflix here. Because Netflix has been around for longer, they support a wider variety of devices – but both services support the majority of popular device options.

Streaming Quality – Disney+ offers all available content in full HD. Netflix has a few tiers of accounts, with the basic plan offering SD, the mid tier offering HD, and the highest tier offering 4k (on a limited selection of 4k content).

Simultaneous Streams – Simultaneous streams refers to how many devices can be watching on the same account, at the same time. Disney+ offers 4 streams, while Netflix offers 1 (basic tier), 2 (mid-tier) and 4 (high-tier), depending on which plan you choose.

Offline Viewing – Both services offer the ability to download shows and movies to your devices to watch later.

Advertisements – Both services are completely ad-free, which we love!

Overall, the features of Disney+ and Netflix are relatively similar.

In the end, which is the better service?

There’s no clear winner here. Each brings something unique to the table.

Netflix comes out ahead in terms of sheer content selection. The service has an insane amount of high quality programming to enjoy.

Disney+ comes out ahead in terms of value and price, as it’s roughly half the price of the mid-tier Netflix subscription. Also, it’s bundles with Hulu and ESPN+ offer an even better value.

The biggest determination for most people will be the content libraries, and what types of movies and shows each service offers. It’s best to explore the services on your own to get a feel for them, and then see which you’d like to keep. And thankfully, since both services are contract-free, you could sign up for both without issue.