How to Watch Chernobyl Online without Cable

Amazon Channels are available to current Amazon Prime subscribers. With Channels you can add live and on-demand content for your favorite networks including HBO. Get 7 days free.

Hulu with Live TV starts you off with Hulu on-demand and over 60 channels of popular TV. From there, you can add channels like HBO, Showtime, and Starz to upgrade your lineup. Get 7 days free.

DIRECTV NOW offers two plans that include HBO at no additional charge. The first plan offers 40+ channels with multiple HBO networks for $50. A cloud-DVR and on-demand library are included. Get 7 days free.

Chernobyl is a five-part miniseries brought to you by HBO and Sky, which tells the story of the unimaginable 1986 nuclear accident. Known as one of the worst man-made catastrophes ever, this mini-series will recount the events leading up to and surpassing the tragedy. A star-studded cast is included with appearances by Jared Harris, Stellan Skarsgard, and Emily Watson to name a few. If you’re looking for a way to watch Chernobyl online without cable, we have a few great, legal options that will have you set up to watch in no time!

Chernobyl will premiere on May 6 and the additional four episodes will air on Mondays at 10 p.m. ET. In the following sections you’ll learn all of the ways to get the Chernobyl live stream or to watch episodes on-demand if that’s what you prefer. Cable is no longer necessary to watch channels like HBO. In fact, thanks to streaming services, there are several ways to watch Chernobyl online without cable!

If you have Prime, you can add HBO and other Channels to your plan

Amazon Prime is a service that is more like an entertainment solution than just a standard streaming service. Along with free 2-day shipping, you’ll have access to a music and movie library, free e-books and magazines, and much more. If you’re an Amazon Prime subscriber, you’re also able to add standalone channels to your Prime Video library. There are channels for everyone from movie channels like HBO to cartoons from Boomerang. There’s even workout channels and educational options. All of them are available for their own price and are housed in your account under “Your Channels”. In the case of HBO, you’ll pay the standard rate of $15 per month and you’ll get several HBO live streams and the full HBO on-demand catalog.

Stream Your Favorite HBO Shows from Start to Finish 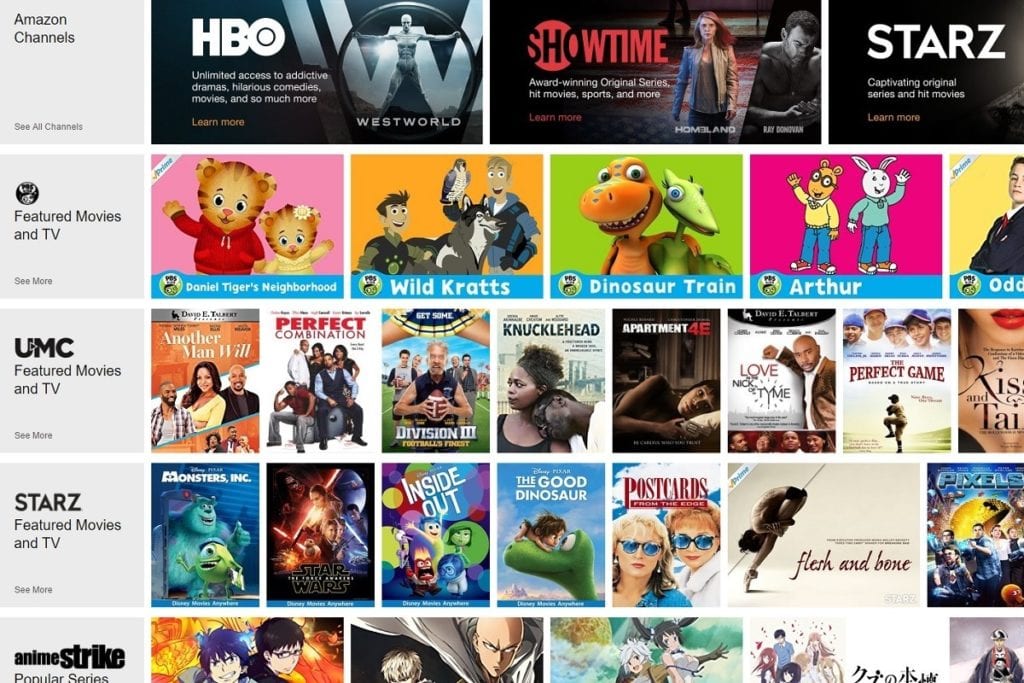 As long as you have a Prime membership, you can sign up for Amazon Channels. New to Prime? You can sign up and get 30-days free! Most Amazon Channels also come with a free trial, so when you sign up to watch Chernobyl streaming, you’ll get 7-days free! You’ll be able to stream Chernobyl episodes on Apple TV, Amazon Fire TV, Roku, Chromecast, gaming consoles, mobile devices, and more.

The Chernobyl Live Stream is Air on Hulu with Live TV

HBO is available for $15 per month

Hulu Live is another great option if you want the Chernobyl live stream. It’s also a decent choice if you just want a way to replace cable. Hulu is a name familiar with a lot of people thanks to the worldwide success of their on-demand service. This service is merged with over 60+ live channels to create Hulu Live. Plans start at $45 per month, but you’ll need to add another $15 if you want HBO with your package. Your lineup will also include local channels in most areas, Syfy, Freeform, FX, USA, TNT, ESPN, and many other channels. Like with other services, when you add HBO, you’ll receive both live stream and on-demand content for as long as you remain subscribed.

Hulu On-Demand is Included with Your Package

There’s a cloud-DVR with 50-hours of space included. Of course, HBO’s on-demand library includes all previously aired episodes of recent shows, so you won’t need to record the Chernobyl live stream to watch it later. Once the episodes air, they are added to the on-demand library and will be waiting for when you’re ready for them. You can stream Chernobyl on mobile devices, smart TVs, Chromecast, Apple TV, Roku, Fire TV, gaming consoles, and more. Make sure to sign up for Hulu Live’s 7-day trial so you can watch Chernobyl online free.

Our Hulu Live review can tell you more.

The only starting package that includes HBO

DIRECTV NOW is another available option if you want to watch HBO online. One of the things that makes this package unique is that it’s the only on here that includes HBO as part of the package. The starter package includes 40 channels including multiple HBO networks for $50 per month. Multiple packages are available, some with many extra channels. However, not all packages include HBO. You’ll want the Plus or Max plans. Other plans will require you to add HBO, which would cost another $15 on top of the package price. Local channels are available in some areas and many other channels from ESPN to USA are included.

A Full On-Demand Library Including HBO Shows and More

All DIRECTV NOW accounts include an on-demand library, which will include the full-range of HBO content. You’ll also be able to access some TV Everywhere apps. A cloud-DVR comes with 20-hours of space. If you share your account, you’ll be able to stream on two devices simultaneously or you can add a third stream for a small fee. You’ll be able to watch Chernobyl online using Chromecast, Apple TV, Roku, Amazon Fire TV, mobile devices, and more. The DIRECTV NOW free week trial is here if you want to watch Chernobyl online free.

Our DIRECTV NOW review is a great way to learn more!

HBO can be added to any of the available packages

PlayStation Vue starts you off with 50+ channels, but if you want more, there are three additional packages you can enjoy. The main plan starts at $45 per month. Several standalone channels, like HBO, are available to be added to your account. In the case of HBO, it will cost another $15 per month, which is the standard price amongst streaming services. Your account will include channels like Syfy, Disney, USA, FX, ESPN, HGTV, AMC, and many others. Some areas will even get access to local channels. In addition to live content, an on-demand library is available.

Stream on Many Devices – A PlayStation is not Required

Some TV Everywhere apps will also work with your account. A cloud-based DVR is included, and it will store anything you save for up to 28-days. You can watch Chernobyl online with PS3/PS4, Apple TV, Roku, Chromecast, Amazon Fire TV, mobile devices, computers, and more. Keep in mind, there’s a free 5-day trial that will provide a legal and easy way to watch Chernobyl streaming free! Check out our PS Vue review to learn more.

How Else Can You Watch Chernobyl Online Without Cable?

HBO NOW is obviously another way to stream Chernobyl without cable. This standalone service gives you all the HBO content you could ever want, from blockbuster movies to tons of original shows and documentaries. HBO NOW is considered an on-demand service. This means that there is no Chernobyl live stream in the traditional sense. Instead, all shows are added to the service at the time they would air live. So, you’ll still be able to watch Chernobyl episodes when they air on TV, but if you’re five minutes late, you can start from the beginning without having to miss a thing. HBO NOW is available for $15 per month and comes with a free trial! You can learn more in our HBO NOW review.

Is Chernobyl on Netflix?

Netflix does not offer Chernobyl streaming and since HBO content is rarely seen on Netflix, you can assume it will not be available anytime soon. You can learn more about Netflix in our full review.

Is Chernobyl on Hulu?

Hulu won’t be including Chernobyl streaming through their on-demand service. The only way to watch Chernobyl online with Hulu is to pay an additional fee by adding HBO to your package (on-demand or Hulu Live). With that in mind, if you want to watch the Chernobyl live stream, Hulu Live (review) would be your best choice.

Have questions about how to watch Chernobyl online? Our comments are always open and we’re here to help!