How to Watch Chicago Blackhawks Online without Cable

fuboTV is a great choice for sports fans. You’ll be able to watch everything from regional to international sports on over 70 channels. Get 7 days free.

Hulu with Live TV has over 50+ channels and plenty of room for customization. Add extra channels like HBO to upgrade your package. Get 7 days free.

Sling TV is the way to cut cable when you’re on a budget. Start with around 30 channels and then add more until you have exactly what you want! Get 7 days free.

The Chicago Blackhawks have seen a lot of success, but that doesn’t mean that fans shouldn’t expect the unexpected when it comes to their chance of getting in the NHL playoffs this year. One thing the Blackhawks do have is a loyal fanbase. If you are one of their fans, you may want to know all the ways you can watch Chicago Blackhawks games without cable. Cutting the cord has become much more common in the last few years, and more people are switching from cable every day.

If you want to know the best way to watch Chicago Blackhawks games live stream when you don’t have cable, we have you covered. Keep reading to find out all of the services you can use to stream Chicago Blackhawk games live, as they air. These options are much more affordable than cable, but some of them appear remarkably similar to the service you used to have.

You’ll find so many sports to watch with 70+ channels

fuboTV has most of what you need to watch a Chicago Blackhawks game live stream, as well as several other sports. You get over 70 channels in all, so there’s always going to be something that you can watch. Luckily for sports fans, a lot of that content is going to be sports. Some areas will get local sports, but everyone gets national sporting events as well as some international content. Along with all of the other great content fuboTV offers you’ll have USA, NBCSN, and CNBC. Depending on where you live, you’ll also have specific regional sports channels. In Chicago, you’ll have NBC Sports Chicago, which means you’ll be able to watch the Blackhawks game online. You can learn more in our fuboTV review.

Need more Sports? You can Add Extra Channels to your Package

TV Everywhere apps for many channels are also included. This means if you can’t access a network through fuboTV (NBC isn’t available in your area), you can still use the network app to watch it by signing in with your fuboTV account details. This gives you even more live and on-demand content. fuboTV is compatible with many streaming devices. You can use mobile devices, Chromecast, Apple TV, Roku, Fire TV, and many other devices. Try out the service with fuboTV’s free trial.

Watch a Chicago Blackhawks game streaming free when you sign up for fuboTV’s free trial!

Get the Chicago Blackhawks Game Live Stream on Hulu Live

Hulu’s on-demand service is included along with other perks

Hulu Live offers 50+ channels and some of them provide the chance to watch the Chicago Blackhawks game live stream. In fact, the main thing missing is NHL Network. That said, you will still have plenty of other networks including USA, CNBC, NBCSN, and, in many areas, NBC and other local networks will be available, as well. If you love sports, you’ll also have various ESPN networks and many regional channels like NBC Sports Chicago. Our Hulu Live channel list is a good way to find out more about the channel lineup.

TV Everywhere apps are also a part of your package. You’ll be able to sign in to apps like FOX Sports Go, NBC Sports, and USA Now with your Hulu Live credentials. Other TV Everywhere apps are also included with your package. Hulu’s classic service, which offers original content, next-day TV shows and series’, and hundreds of movies is also included. Hulu Live is available on Chromecast, computers, Apple TV, Roku, mobile devices, Amazon Fire TV, and more. You can learn more in our Hulu Live review!

Don’t forget, your way to watch Chicago Blackhawks online free could be with the Hulu Live free trial!

Sling TV offers one of the cheapest ways to watch Chicago Blackhawks online without cable. Three packages are offered, but for Blackhawks streaming your best option will either be Sling Blue ($25/month) or Orange + Blue, the combined package ($40/month). Sling Blue offers around 30 channels that include FOX Sports regional channels, NBC Sports Chicago, USA, and in select areas NBC. If you’re willing to spend another $5 you can get the sports bundle. This will give you ten additional sports channels, including NHL Network. You can add other bundles to your package, as well.

Combine the Two Basic Packages into One Larger Package

Sling TV also includes an on-demand library and access to a smaller selection of TV Everywhere apps. This service has been around a while, so you can stream on most devices. Some of the more common options to choose from include Roku, Apple TV, Chromecast, Amazon Fire TV, computers, mobile devices, and more. One downside is that unlike other streaming services, Sling TV does not offer a cloud-based DVR in your package. However, they do offer a DVR service. You just have to pay an added fee to get it. Added details can be found in our Sling TV review.

Before you subscribe, you can watch Chicago Blackhawks online free with the Sling TV free trial!

With DIRECTV NOW You can Watch Blackhawks Online

DIRECTV NOW has a setup that reminds a lot of people of cable. The nice thing about that is that it makes it easier to replace cable because despite paying less, you don’t feel like you’re missing anything. You have multiple packages that you can choose from. All of them offer tons of channels and other perks. The smallest package offers over 60 channels. That may be enough for you, but if not, the largest package has over 125 channels. These packages offer the channels necessary to watch Chicago Blackhawks online. You could have NBC Sports Chicago, CNBC, NBCSN, NHL Network, and USA. You’ll also have standard channels like AMC, Syfy, TNT, and others.

Your account also includes an on-demand library and your own cloud-based DVR. You can set the DVR to record live TV through your channel guide, which is simple to use as it looks just like a cable guide would. Many networks also offer TV Everywhere apps, which you will be able to sign into with your DIRECTV NOW login details. DIRECTV NOW is available on Amazon Fire TV, Chromecast, computers, Roku, tablets, Apple TV, mobile devices, and more. You can learn everything you’ll need to know in our DIRECTV NOW review.

PlayStation Vue has you Covered with the Chicago Blackhawks Live Stream

Choose from multiple packages with over 50+ channels

PlayStation Vue is another option if you want to watch Chicago Blackhawks online. You have multiple packages to pick from, the smallest of which includes 50+ channels for $45 per month. The rest of the channels all have more channels, often including everything from the previous package, plus more. In addition to channels like USA and NBCSN, you’ll have NBC Sports Chicago and other regional sports channels. Many areas will receive locals, though they are not everywhere. PS Vue also offers some channels, like HBO, which can be added to any package for a small fee.

PlayStation Vue includes an on-demand library no matter which package you choose. You also have access to a wide variety of TV Everywhere apps. These apps often include their own live stream and on-demand libraries, which means added content for you! You’ll have the freedom to stream on up to five devices simultaneously, so even if you have a large family you shouldn’t get kicked off when someone else wants to watch their favorite show. You’ll also have a cloud-based DVR. You can stream PS Vue on Apple TV, PS3, PS4, Roku, mobile devices, and other devices.

Looking for a way to watch Chicago Blackhawks streaming free? There’s a PS Vue 5-day trial for that. If you want to learn more, make sure to check out our PS Vue review, too!

Not in Chicago? Watch every out-of-market game in the same spot 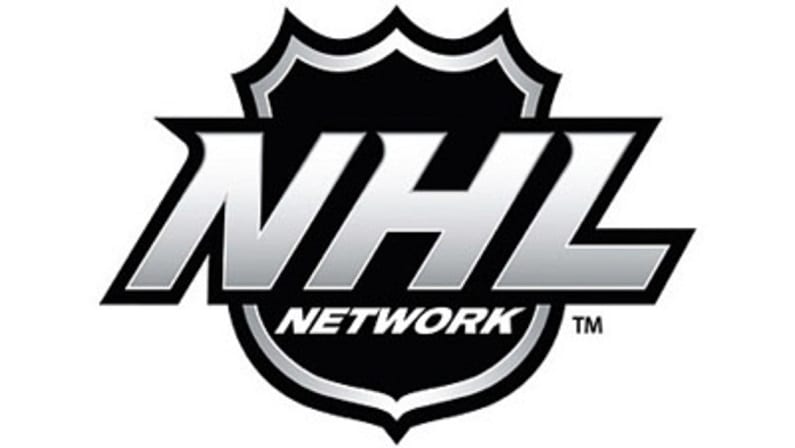 NHL.TV gives you an easy chance to watch every Chicago Blackhawks game online throughout the entire season. You can opt for a single team package or you can watch every out-of-market team in the entire league. The full league subscription is $140, or you can pay monthly, although that ends up costing more. You’ll be able to use a variety of streaming devices from your gaming console to mobile devices to watch Chicago Blackhawks online!

Details for watching other teams can be found in our NHL streaming guide. Find details on how to stream the playoffs in our NHL playoffs streaming. Our full sports guide is here if you are looking for details on other sports.