The last AFC Wild Card Game of this weekend will kick off at 1:15 p.m. ET on Sunday, January 9th. The Pittsburg Steelers and Miami Dolphins will be playing in chilly Pittsburgh with both teams looking to extend their season. If you want to watch, the game is on CBS. This might seem like you need cable, but you can actually get a Dolphins vs Steelers live stream quite easily without a cable subscription.

You’ll have a few different options to watch the game online or live streaming. The below guide gives details on all your options and will definitely help you decide which one will be best for you on game day. Read on to learn more!

Get your Dolphins vs Steelers Live Stream on CBS All Access 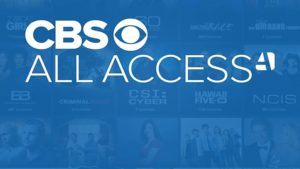 The obvious and easiest way to watch a Dolphins vs Steelers stream will be on CBS All Access. It makes sense that a game being broadcast by CBS can be watched with CBS’s official streaming service. But, this wasn’t always the case. CBS just added the ability to stream NFL games on CBS All Access (review) at the beginning of this year.

Thankfully, during the entire playoffs, subscribers can use CBS All Access to watch tons of games like the Dolphins vs Steelers live stream. There’s a bunch of other things to watch on the service as well since it streams whatever CBS is currently broadcast in your area. Or, you could dip into the huge on-demand library. It features a seemingly endless list of current and past CBS shows.

All in the service costs $9.99 per month, which actually excludes commercials from anything you’re streaming. If you’re okay with the commercials, then the service only costs $5.99 per month. You can test out the service and watch Dolphins vs Steelers online free with its 7-day free trial!

Use PlayStation Vue for a Dolphins vs Steelers Live Stream

Sony has a streaming service of its own, PlayStation Vue, which can potentially get a Dolphins vs Steelers stream. There are more channels to stream with this service than just CBS, around 50 or 60 in total. The exact size of the starting package depends on your location. If you’re in an area with CBS live, you’ll likely have a channel package over 60 channels, but in areas without CBS it starts at around 50 channels.

The other difference to note is the areas with CBS will often have a starting price of $39.99 per month, compared to a price of $29.99 per month in the other areas. Overall, it’s a solid option for a Dolphins vs Steelers live stream, especially if you’re looking to watch other channels online.

Check out our PlayStation Vue review if you want to learn more!

While the NFL Game Pass won’t deliver a Dolphins vs Steelers live stream, you can still watch the game online. It will be added to the service shortly after finishing and you can watch at any time you’d like. You can also watch every game from this year’s regular season and all of the upcoming playoff games after they are finished. It costs $49.99 for the service and that gets you a subscription until the end of July.

The Steelers are one of the toughest teams to beat in the AFC-side of the playoffs. The Dolphins certainly have an uphill battle considering their still without starting QB Ryan Tannehill. But, if they can win they’ll be surprising plenty of oddsmakers who have the Steelers as favorites.