How to Watch Louisville Basketball Online without Cable

One of the most popular teams in all of college basketball is the Louisville Cardinals. Their fans are incredibly dedicated and if you’re one of them you’ll certainly be looking to watch games all season. Thankfully, if you chose to or are thinking about cutting cable you can still easily watch Louisville Cardinals basketball online during both the regular season and the NCAA Tournament. The below guide gives you all the options you’ll have to watch games after cutting cable.

During the regular season, Louisville games will be broadcast across ESPN networks and CBS. When March Madness starts, the games will be on TNT, TBS, truTV, and CBS. All of these channels can easily be live streamed, so read on to figure out how you’ll be watching this year.

DIRECTV NOW will provide you multiple options to watch Louisville game online this year. You can watch the majority of the regular season games across several ESPN networks. Some are available right on DIRECTV NOW and others can be streamed on WatchESPN, which can be accessed with a DIRECTV NOW subscription.

The starting package has more than 60 channels to live stream and costs $35 per month. You can try out DIRECTV NOW and watch Louisville Cardinals basketball online free with a 7-day free trial. Also, if there’s anything else you want to know about the service check out our DIRECTV NOW review.

Sling TV will be another option for watching a Louisville Cardinals game live stream this year. You can watch regular season games on ESPN networks through the Sling Orange starting package. It costs $20 per month and also includes TBS and TNT for watching March Madness games.

The Sling Blue starting package ($25 per month) is also a way to watch March Madness games on TBS, TNT, and also truTV. You can get the Sling Orange + Sling Blue package for $40 per month to get all of the above channels. If you want to watch any games on ESPNU, you can get it from the Sports Extra add-on package for $5 more per month.

Give the entire service a test run and get a Louisville Cardinals game streaming free by starting a free trial on Sling TV. And, if you decide to subscribe take a look at the current Roku streaming device deals being offered to new subscribers.

Check out our Sling TV review for more information on the service. 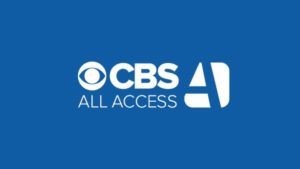 Check out our review to learn more on CBS All Access and start watching free with a 7-day free trial.

Take a look at our March Madness guide for more information on watching games during the tournament. And, our NCAA basketball guide will be critical for watching some of the best games all year long!