How to Watch NBA on ABC Online without Cable

Hulu Live TV covers ABC for all your basketball needs – plus 60+ other great channels! You can try it out for free for 7 days.

Sling TV is a budget-friendly way to watch basketball on ESPN3/ABC, starting from just $30 a month! Free 7 day trial. 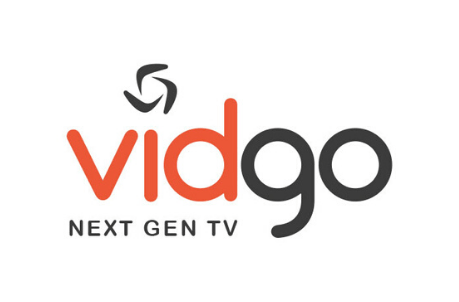 Vidgo is a streaming service that will keep the whole family entertained! It offers a free 7 day trial for new members.

Few things in life beat the pleasure of kicking back with some friends to enjoy a basketball game. Whether you’re a Clippers fan, a Warriors guy, a Lakers fanatic, or just a good ‘ole basketball fan, you surely want to watch as many games as possible. If you no longer have cable, the ways you watch basketball are a bit different, and the best methods are also different for each channel. In this guide, we’re going to go over the best ways to watch NBA on ABC online – no cable required.

As you surely know, NBA games air on several different networks. Networks like ESPN and TNT carry the most action, but ABC also offers a lot. Each week, ABC will air at least one game every Saturday, and usually a game on Sunday as well. ABC is also essential during the NBA Playoffs and NBA Finals. Check the NBA on ABC schedule for details. Also, it’s good to remember that NBA on ABC games also air on ESPN3, as ESPN3 simulcasts all sports content that airs on ABC. And below, find the best ways to access NBA on ABC live stream if you don’t have cable.

Get over 60 live channels, plus massive on-demand selection, for $55/mo!

Hulu with Live TV is a streaming service that can unlock access to ABC basketball streaming, plus a whole lot more. It is really an all-in-one entertainment solution, offering both live and on-demand coverage, and many useful features for your entertainment needs. For the NBA Finals and other NBA on ABC coverage, Hulu is a great option.

One-Stop-Shop For Your Entertainment Needs

Hulu is a single service that can keep the whole family entertained. From live coverage of more than 60 of TV’s best channels, to a massive on-demand library, there is no shortage of stuff to watch on this service!

You can learn more in our complete Hulu Live TV review. Prefer to learn hands-on? Sign up for a free trial today!

Watch NBA on ABC Online with Sling TV (via ESPN3)

Currently, the best way to access the NBA on ABC stream is to use a service called Sling TV. This service is designed with cord-cutters in mind, and is a lifesaver for sports fans who have ditched cable. It costs just $30 per month (with no contract), and allows you to watch over 30 channels LIVE. Larger packages are also available for people who want more selection.

Included in the Sling TV channel list are ESPN, ESPN2, ESPN3, TNT, AMC, TBS, and many more. ESPN3 streaming is what will come in handy in order to watch NBA on ABC games, because as we mentioned, ABC-aired games also air on ESPN3. With Sling TV, you can watch all ESPN3 coverage live, just like if you had cable – which means you can also watch ABC NBA games online easily with this service. This also bypasses many of the issues some people have with ABC only being available in select areas – ESPN3 on Sling TV is nationwide, so anyone in the US can watch ABC-hosted NBA games online via Sling TV.

Sling TV works over the internet, so you’ll need a compatible device in order to use it. To watch on your big-screen TV, you’ll need a streaming player, such as Roku, Apple TV, Amazon Fire TV, etc. If you do not have one, you can get a good deals on new streaming devices when you prepay for 3 months of Sling TV! If you prefer, you can also stream NBA on ABC on your computer, tablet, smartphone, and many other devices.

Another option to enjoy NBA on ABC live stream is Vidgo. Like the services we’ve already gone over, Vidgo is a cable-free streaming service designed for cord-cutters. It offers over many channels in the base package, for $40 per month.

Another good way to watch live ABC basketball is to sign up for YouTube TV. This newer service offers over 70 channels for $50 a month, with no contract. ABC is included in many areas, as is access to the WatchESPN app.

YouTube has a few slick features that make it great for some people. For one, it has a DVR built in with unlimited storage capacity. It also lets you share accounts with members of your household. Learn more in our YouTube TV review.

Another good way to watch NBA on ABC online is to use AT&T TV NOW. Like Sling TV, this service provides a way to stream live television without a cable subscription. It costs $65 per month, and offers over 40 channels for live streaming. It works on most streaming devices, computers, and mobile devices.

With AT&T TV NOW, the way you can stream NBA on ABC is a bit different. ABC itself is included in many areas, so you’ll be able to watch all ABC shows & sports coverage live.

AT&T TV NOW also provides access to ESPN3, but not directly. Basically, it gives you access to the WatchESPN App, which then allows you to watch ESPN3 (which in turn is how you watch NBA on ABC online). You’ll have to download the WatchESPN App on your device, and sign in using your AT&T TV NOW login. From there, you’ll be able to access the NBA on ABC game live stream.

So, AT&T TV NOW (review here) actually offers two ways to get the ABC NBA stream – ABC streaming on its own, plus roundabout access to the WatchESPN app. The base package is affordable, although the larger packages from AT&T TV NOW can get very expensive. AT&T TV NOW offers a free 7-day trial for new customers.

For more info on NBA streaming in general, head to our guide on how to watch NBA games online.