How to Watch New Orleans Saints Online Without Cable

fuboTV is one of the biggest packages from any available service. You’ll start with over 95 channels or you can add more. 3-Day Replay, a cloud-DVR, and more are included! Get 7 days free.

Hulu with Live TV is one of the most popular streaming services for a reason. For $55 per month you’ll have over 60 live local and cable channels with Hulu on-demand. Get 7 days free.

Sling TV is the way to go if you want to replace cable in the cheapest way possible. $30 per month gets you 30-40 channels. Many channel bundles are also available for a small fee! Get 7 days free.

Anyone can watch New Orleans Saints online during the entire year. Even if you’re one of the many people throughout the country that decided to cut cable, you can still watch Saints football online. FOX, NBC, CBS, and ESPN are all available to live stream with some great services.

FOX is probably the most important channel for Saints fans to get access to. One of the best parts is even if you don’t get FOX, or even NBC, live you can still watch games either on-demand from some of the services or through either of the network’s sport streaming apps. Your service login often lets you get access to watch NFL games streaming on streaming device and channel apps.

Hulu Live gives you access to more than 60 channels for just $55 per month. From ESPN to local channels like FOX, Hulu Live has what you need to watch Saints football online without cable. Hulu with Live TV includes local channels in more markets than any other streaming service. That means that you have a better chance of being able to watch local channels live with your package. Of course, Hulu Live also allows you to sign into TV Everywhere apps with your login, so if you don’t have some of these channels live, or you just want access to more content, you can use these apps to supplement all of the good stuff you get with Hulu with Live TV.

In addition to all of the live content you receive, you get a cloud-based DVR. This will come in handy if you want to record one of your favorite shows. You initially get 50-hours of space added to your account at no charge, but you can upgrade to 200-hours for a small fee. The same can be said for the number of streams you’re able to be running at one time. You start with two screens but can upgrade to unlimited if you want. You can stream Hulu Live on computers, mobile devices, Roku, Chromecast, Fire TV, and more.

Signing up for the Hulu with Live TV trial is an excellent way to try Hulu Live before you buy it.

Available Sling TV packages will fit into any budget

On Sling TV, the “Sling Blue” package could be a great way to get a New Orleans Saints game live stream. FOX and NBC are available in select locations to live stream and on-demand nationwide. Plus, the package only costs $30 per month. The “Sling Orange” package offers ESPN, which is also a handy channel to have if you’re watching the NFL. This package is also $30. If you want both packages you can get them, combined at a rate of $45 per month. This will give you around 50 channels from the combination of both packages.

You get a lot more than just live streaming TV with Sling TV. You’ll be able to use some TV Everywhere apps to get more sporting events and TV. Sling TV also offers an on-demand library. You have the ability to add as many additional channels as you want to your package. It’s as easy as choosing the channels you want and hitting a few buttons. The additions are added instantly, so there’s no waiting.

You can get more details in our Sling TV review and can also some get some great deals if you’re a new subscriber. Sling TV offers another way to watch New Orleans Saints online free with its own weeklong free trial.

You Can Watch New Orleans Saints Online on FuboTV

fuboTV is definitely the right choice for sports fans

On fuboTV, you can watch a New Orleans Saints game live stream on FOX, NBC, or CBS. These channels come in the $55 per month starting package, but their availability depends on your location. Thankfully, even if you don’t get FOX you can just sign in to the FOX Sports app to stream the games. You’ll have access to many other sports channels, as well. In fact, the fuboTV package offers more than 95 channels in total.

All Kinds of Sports from All Over the World

While the starting price of fuboTV is $45, after a month the price rises to $55/month. In addition to live stream and TV Everywhere access you will also be able to watch things in the on-demand library. Each subscription comes with a cloud-based DVR to record games and other shows that you want to watch. You can also add channels to the lineup that are considered premium channels. These can each be added on for a small fee. Learn more about fuboTV in our fuboTV review.

YouTube TV gives you everything you need to watch Saints football online. Along with ESPN, YouTube TV has local channel access in the majority of cities they service. This means that if YouTube TV is in your area, you should be able to watch the NFL games each week with this service. YouTube TV offers over 70 channels in total with a starting price of $50 per month. A wide range of entertainment and news channels are also available including AMC, Food Network, Syfy, and many others.

Fill your DVR with Unlimited Storage with Football!

YouTube TV also comes with an on-demand library of previously aired content. If you want even more to watch, you can use network TV Everywhere apps for access to more sports and TV. Some of these apps even allow for live stream viewing, so if you can’t watch something live on YouTube TV, this could provide another option. Additional channels can be added to your account for a small fee. YouTube TV’s mobile app looks great. You can also stream on Apple TV, Chromecast, Roku, and Shield.

Big packages starting at $65 per month

DIRECTV NOW is a great service that only costs $65 per month to get access to watch Saints football online. Anyone can watch games on ESPN across the U.S., while NBC and FOX are available live in limited areas. Of course, whether you’re in an area with live stream access or not you’ll have the ability to use TV Everywhere apps like FOX Sports Go and NBC Sports. These apps will let you watch a variety of live stream and on-demand content. So, you won’t have to miss the game if they air on one of these channels.

40 Channels are Available in the Basic Package

You’ll be able to stream DIRECTV NOW on Fire TV devices, mobile phones and tablets, computers, some smart TVs, Apple TV, and Chromecast. In addition to live stream and TV Everywhere access, DIRECTV NOW offers their own on-demand library. You’ll also have access to your own cloud-based DVR.

You can see if it’s a good fit for you and get a New Orleans Saints game streaming free during a 7-day free trial. You can discover more information in our DIRECTV NOW review.

CBS All Access Lets You Watch NFL Online All Year

Watch the Saints when they play on Sundays on CBS

CBS All Access lets you live stream whatever CBS is broadcasting in your area for just $5.99 per month. This could mean you can watch plenty of NFL games all year, even if the Saints rarely play on CBS. As a niche service, CBS All Access is where it’s at. You will get access to CBS and that’s it. Whether you’re looking for CBS daytime shows, primetime dramas, or sports – if it’s on CBS you’ll find it here. This is a great option for someone that doesn’t get CBS with their antenna or a cord cutter that has a streaming service that doesn’t provide CBS access.

In addition to the CBS live stream, which is one of the major selling points for football fans, you get access to CBS All Access original shows. These shows can be found in the on-demand library, which is another perk of this service. The on-demand library features all of the content that airs on CBS. This includes all of the currently airing shows, which offer anywhere from 5 episodes to the entire season. You can also find older shows which feature the entire series. You can stream CBS All Access on most devices including mobile devices, which come with no restrictions.

You can find out more about what you can watch in our CBS All Access review. Or, find out for yourself during a free weeklong trial.

TNF is just one of the perks of Amazon membership

Amazon Prime is known for offering free 2-day shipping. While this is a great deal and usually ends up paying for the cost of the membership, if you’re a big Amazon shopper, there are many other perks to signing up for Amazon Prime. Thanks to a pairing with the NFL, you can watch a simulcast of Thursday Night Football live on Prime Video. Speaking of Prime Video, you get a packed library of original content, TV shows from HBO and other networks, and movies. If that’s not enough you can add Amazon Channels like CBS All Access, Showtime, and Starz for a small fee. Depending on the channels you add you’ll get both live stream and on-demand access to these networks through your Prime library.

Other things like free Twitch add-ons, a music library, and more are also included. You can stream Amazon Prime on computers, mobile devices, Fire TV, Apple TV, Roku, and most other streaming devices. Prices depend on whether you want to pay annually or monthly. The annual pricing of $119 is your cheapest option, but you can also pay $13 a month, if you’d prefer a monthly option. Either way, there are no contracts and you can cancel anytime you want without any further commitment.

Our Amazon Prime review is filled with more information about this service. You can also take the plunge and sign up for the Amazon Prime free trial to learn more.

NFL Game Pass offers every single NFL pre-season game live streaming. Your ability to watch Saints game online during these games will depend on where you live. Due to blackouts, live streaming games will appear everywhere but the area they are available locally. This means you wouldn’t get the Saints live stream in New Orleans, but other areas would offer it. Regular season games are only available on-demand. You’ll be able to watch each game shortly after it goes off the air. If you want to watch NFL live, this probably won’t satisfy you. However, if you want to watch the most games possible, this is a great way to do it at your own pace.

Find out how easy it is to watch sports online all year in our detailed sports streaming guide. Also, you can visit our guide on how to watch the NFL online.

How to watch Showtime live online without cable 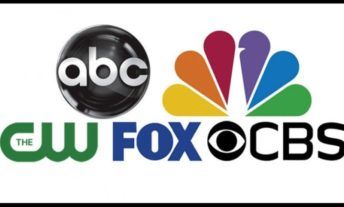 How to stream local channels