How to Watch the NFL Preseason Online without Cable (2019) 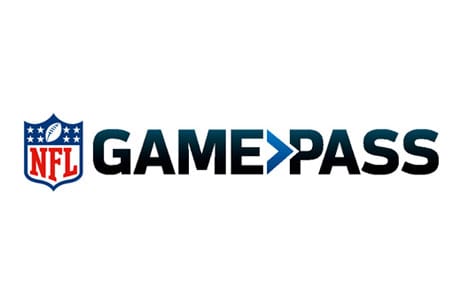 NFL Game Pass covers all out-of-market preseason games LIVE, plus has on-demand replays for every game of the regular season! Free to try for 7 days.

fuboTV is a sports streaming service that will cover most preseason games. It has over 95 channels, covering mostly sports! Free 7 day trial.

Hulu with Live TV is a complete alternative to cable TV that will cover most of the NFL Preseason. It currently offers a free 7 day trial!

It’s finally (almost) time for football season, and if you’re anything like me, you can’t wait! Luckily, we have warmups right around the corner, with the NFL Preseason kicking off in early August. Preseason games certainly don’t carry as much weight as regular season games, but they are a very important piece of the puzzle. And for fans, this is the first chance to see new players in action and new strategies tested out. For many, this season will also bring something else new: a new way to watch NFL Preseason games without cable TV!

Many of us are fed up with the outrageous costs of cable TV, so millions have made the switch over to more affordable alternatives. Sports fans tend to be the last to jump ship, out of fear of losing access to their favorite teams. Luckily, things are starting to change, and it’s now completely possible to watch NFL Preseason online, without paying a fortune for cable. Whether you’re looking to stream preseason games for a specific team, or scout the whole league, there’s a method for you. Keep reading for the best NFL Preseason streaming options this year.

What Channel do NFL Preseason Games Air On?

NFL Preseason coverage is split between big networks like NBC, FOX, CBS, NFL Network, and ESPN. Live coverage is split between all of these networks, while NFL Network will host replays of all 65 games of the preseason. That means NFL Network technically has the most preseason coverage, but only some of those games are live – the rest are replays. You can watch most of these channels live with a cable-alternative service like fuboTV, or you can use NFL Game Pass, the league’s own streaming service to watch NFL games online.

Coverage of the 2019 NFL Preseason kicks off with the Pro Football Hall of Fame game on Thursday, August 1st at 8:00 p.m. ET. You won’t want to miss it – check out the top streaming options below.

NFL Game Pass is the official online streaming service of the NFL itself. It’s a great service for football fans, and is particularly useful during the preseason. During the NFL Preseason, NFL Game Pass will provide live access to every out-of-market game!

“Out-of-market” means games that are not airing in your local area. If you live near your team, live games will be blacked out – but you can still watch on-demand the same day the game airs. So regardless of where you live, you can get access to EVERY game during the preseason – some live, some on-demand.

Game Pass also is quite useful during the regular season and postseason, as it provides on-demand replays of ALL games. Live streaming is not available outside of the preseason, but still, if you’re into football, this is definitely a service to try out. Our NFL Game Pass review has more info.

Game Pass costs $99.99 for the whole season, or you can try out a free 7-day trial before committing to the full season. You can use the service on most devices, like streaming players, smartphones, tablets and more. If you’re interested, click here to start a free trial! 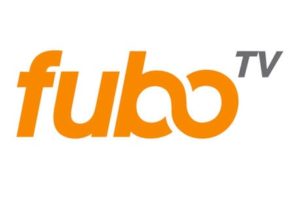 fuboTV is a sports streaming service that has changed the game for sports fans. It’s the first major cable alternative to be marketed specifically to sports fans, and it truly offers a lot to us sports junkies. With 90+ channels (more than half of which are sports networks), there’s a ton to watch!

For the NFL Preseason live stream, the most important channels are NBC, FOX, CBS, NFL Network, and regional sports networks. These networks are all offered by fuboTV in many areas around the US. So, you should be able to watch the entire NFL Preseason on this service, plus keep up with most regular-season games as well! Other channels include highlights like BeIN sports, FS1, NBCSN, CBSSN, FOX News, and more. However, it’s worth noting that fuboTV does NOT carry ESPN. Read through our full fuboTV review for the full scoop.

Hulu with Live TV is a great alternative to cable TV that will offer an easy way to watch NFL preseason games online. The service offers over 60 channels to watch live for just $44.99 per month. There’s no contract to sign, and channels can be watched on all your favorite devices.

Hulu offers many of the channels you will want for NFL Preseason action. This includes FOX, CBS and NBC in most areas, as well as ESPN. It does not, however, carry NFL Network. On top of the live coverage from Hulu, you also get tons of on-demand content. Read through our Hulu Live TV review to learn more!

Click here to try a free 7 day trial of Hulu with Live TV! 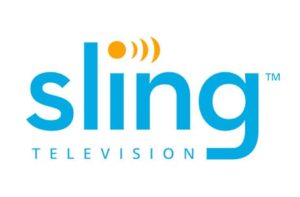 Sling TV is a nifty service that offers one of the best ways to watch live TV without a cable subscription. With plans as low as $25 a month, it’s a very budget-friendly option. And with tons of useful NFL channels, Sling is useful for NFL Preseason streaming as well as regular season & postseason games. Here’s what’s offered:

Sling offers discounted or free streaming devices for new members, which can be great for recent cord cutters who are in need of a device to use. For more info, check out our Sling TV review. 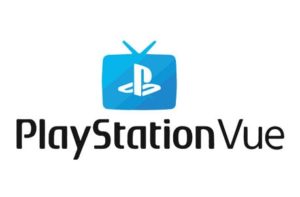 PlayStation Vue is another way to watch NFL Preseason online, without the need for cable TV. The service costs $50 a month, and does not require a contract. 45+ channels are offered in the basic package, with more available in larger channel packs. The service also offers useful perks for larger households, like the ability to stream on up to 5 devices at the same time.

Vue offers NBC/FOX/CBS in some markets, as well as regional sports networks. ESPN and NFL Network are also available in some packages, which adds more ways to stream NFL Preseason games. For more info, read through our PS Vue review – or, get started with a FREE 5-day trial!

DIRECTV NOW is another way to watch NFL Preseason online, regardless of which team you like to follow. The service is available nationwide, for $50 a month, and provides more than 45 channels to watch LIVE. You use the service on streaming devices, or mobile devices.

DIRECTV NOW offers several channels that will be useful for NFL Preseason streaming. ESPN is offered nationwide, and FOX, NBC and regional sports networks are offered in many regions. See our DIRECTV NOW review for the full list (other highlights include FOX News, AMC, HGTV, TNT and more).

Live Outside the US? Use NFL Game Pass International

If you’re reading this from abroad, most options on this page will not work for you as they are US-only. That said, you may actually have a better option! NFL Game Pass International is offered to folks who live outside of the US, and it’s one of the best options available. It provides both live and on-demand streaming of NFL games all season long, both during preseason and regular season! Click here to learn more.

How to Watch the NFL Preseason Online: Bottom Line

That’s a lot of information, we get it. To simplify things, these are the two primary options we recommend considering:

Essentially, if you live near your favorite NFL team, you should use fuboTV. If you live far away from your favorite team(s), NFL Game Pass may be a better option. If you’re a super-fan, having both services provides the best of both worlds!

Any questions? Feel free to let us know in the comments!