Pirates of the Caribbean streaming guide: Where to watch every movie online

Best way to watch Pirates of the Caribbean

Our recommended way to watch all five Pirates movies is on Disney+. The new family-friendly streaming service gives you access to all five Pirates of the Caribbean movies plus numerous other Disney classics that fans of this movie franchise would enjoy. The streaming service only costs $6.99/mo. which would ultimately save you money compared to other individual rental and purchase options, with a one-time rental costing ~$3 per movie. Sign up for Disney+ below!

One of the most impressive family franchises to hit cinema, Pirates of the Caribbean reigned throughout the early 2000s. Starring Johnny Depp in perhaps his most memorable role, the seafaring saga also boosted the careers of Orlando Bloom and Keira Knightley.

Set in the 18th century, each movie sees a mixture of pirates and land-living folk on the hunt for various treasures. On the way, they run into terrifying beings from pirate legends and form bonds that’ll last a lifetime. (Fun fact: the franchise was actually inspired by a Disneyland attraction.)

With plenty of humor and amazing visuals, Pirates of the Caribbean is a world you and your family will want to immerse yourselves in. Thanks to the popularity of streaming services, you can now follow Captain Jack Sparrow’s adventures without a cable subscription. Here are all the ways you can stream the five Pirates movies online:

Your guide to streaming Pirates of the Caribbean online

However, there’s plenty to keep you busy on the streaming platform. There are classic animations like Pinocchio and Sleeping Beauty, along with more modern titles such as Frozen II and Wreck-It Ralph. When it comes to shows, you’ll find childhood favorites like That’s So Raven next to original series like Star Wars spin-off The Mandalorian.

How much does it cost to get Disney+?

Interested in subscribing to Disney+? The service costs $6.99 a month or $69.99 a year, the latter giving subscribers a good discount.

As well as paying for Disney+ monthly or annually, you have the option to combine the platform with Hulu’s on-demand library and all the sporting content on ESPN+. The bundle costs just $12.99/mo. Up to four people can view Disney+ at any one time, and one account can house seven different profiles, allowing the entire family to browse personalized recommendations. You can even download as many shows and movies as you like to watch offline.

Renting vs. buying Pirates of the Caribbean movies

While Disney+ is the only streaming service that features Pirates of the Caribbean movies in its regular catalog, you can rent or buy all five films in the franchise from a variety of sites. The likes of Google Play, iTunes, Microsoft, Prime Video, Vudu and YouTube house each and every title. To rent a standard definition (SD) movie, you’ll typically pay $2.99. This price increases to $3.99 for a high-definition (HD) version.

Most rental sites give you 30 days to start watching your chosen Pirates of the Caribbean title, and 48 hours to complete the film once you’ve clicked play. But there are a few exceptions. Microsoft, for example, has a 14-day limit to start watching rented content, and Vudu only gives users 24 hours to finish shows and movies before they disappear from the library.

The price to purchase a Pirates of the Caribbean film varies, depending on where you look. Most of the films cost $9.99 to buy, but the first film can be cheaper, and the most recent titles more expensive. For example, Prime sells The Curse of the Black Pearl for $7.99, while Dead Men Tell No Tales costs $14.99.

How to stream Pirates of the Caribbean movies in order

The chronology of the Pirates of the Caribbean story is thankfully easy to follow. To keep up with Jack, Elizabeth and Will’s tumultuous relationships, simply start with the earliest film, The Curse of the Black Pearl, and work your way up to the most recent release, Dead Men Tell No Tales.

Pirates of the Caribbean: The Curse of the Black Pearl (2003)

The world meets Captain Jack Sparrow (Johnny Depp) for the very first time. He sets foot in Port Royal alone and without a ship. But, after a pirate siege on the town, Jack leaves with blacksmith Will Turner (Orlando Bloom) in search of the kidnapped governor’s daughter, Elizabeth Swann (Kiera Knightley). Little does Jack know that the pirates he once spent his days with have been struck by a terrifying curse they’ll do anything to get rid of. Fittingly filmed on the Caribbean island of Saint Vincent, The Curse of The Black Pearl won several awards for Depp. It also became the first Disney film to be given a PG-13 rating.

With Will and Elizabeth enjoying married bliss, it’s only a matter of time until another of Jack’s old foes interrupts the party. Legendary pirate Davy Jones (Bill Nighy) is that foe. Aiming to collect a debt from Jack, his appearance kickstarts a mission to find the Dead Man’s Chest. Whoever finds it first has Davy Jones’ heart, and control of the entire seas. Will it be Jack? Or will Lord Beckett (Tom Hollander) get there first? The second Pirates film broke numerous records, including becoming the third highest-grossing film at the time after Titanic and The Lord of the Rings: The Return of the King. (The current top three include Avengers: Endgame, Avatar and Titanic.)

Lord Beckett wants to rid the world of pirates. Davy Jones wants to keep Jack imprisoned inside his infamous Locker. Will and Elizabeth are forced to team up with the once villainous Captain Hector Barbossa (Geoffrey Rush) to save Jack and unite the pirating community. With the guidance of Jones’ mystical former lover, the married couple is forced to make decisions that will forever define their lives.

Pirates of the Caribbean: On Stranger Tides (2011)

The Fountain of Youth is the prize Jack’s eyes are now set on. But he’s not the only one in search of immortality. Pirate Angelica (Penélope Cruz), her father, Blackbeard (Ian McShane), and Barbossa all want it for themselves. The first Pirates of the Caribbean movie to leave Will and Elizabeth behind, On Stranger Tides features plenty of action and adventure.

Pirates of the Caribbean: Dead Men Tell No Tales (2017)

Captain Armando Salazar (Javier Bardem), an undead officer that formerly served in the Spanish navy, is out for blood. To get rid of Jack and all pirates, he needs the Trident of Poseidon. As always, he’s joined by others on the same quest, including Jack and Barbossa. This time, Jack is joined by two unlikely companions: a young astrologer named Carina (Kaya Scodelario) and Will and Elizabeth’s son, Henry (Brenton Thwaites), who wants the Trident to bring his dad home.

There are still hopes a sixth Pirates title could be released. However, there’s a chance the franchise could be rebooted, rather than introducing another sequel.

Watching Pirates of the Caribbean online is much easier, thanks to the arrival of Disney+. But some of the franchise’s movies have already disappeared from the streaming service’s library. Although they’re set to return, there’s always a chance the remaining titles could go the same way. To avoid missing out, sign up for a seven-day free trial and revel in the mischievous antics of Captain Jack Sparrow.

If you like what you see during your week-long freebie, then sign up to the platform for $6.99/mo. or $69.99/yr. Don’t forget: there’s always the option to mix the worlds of Disney, Hulu and ESPN+ for a small additional monthly fee. And if you want to rent or buy one film or all five in the Pirates of the Caribbean universe, you can via the likes of Amazon Prime, Google Play and YouTube. 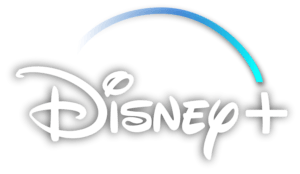