How to Watch SafeWord Online without Cable 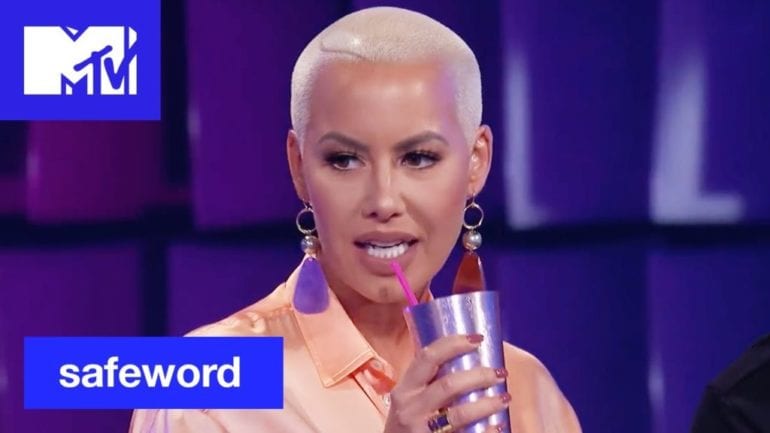 Watch SafeWord online, the newest series from the producers of MTV's smash hit Lip Sync Battle! Hosted by Terrence J, celebrity friends play against each other in a series of games, and the only way to escape is to use their safeword. The fast-paced comedy game show is adapted from a British ITV series of the same name, and turns enemies into friends and vice versa as celebrities battle each other. Celebrities featured include Kevin Hart, Damien Dante Wayans, Chris “Ludacris” Bridges, Kelly Rowland, Nelly, and more. Below we have a guide for how to watch SafeWord online free and enjoy SafeWord streaming!

DIRECTV NOW allows you to watch SafeWord online streaming! Everything offered by DIRECTV NOW is more affordable than the average cable plan, with the basic package costing just $35 a month for more than 60 channels. You can get up to 120+ channels with the service, and add on premium channels you might want like HBO and Cinemax for an extra $5. Channels available include MTV, A&E, Nickelodeon, WeatherNation, Bravo, Disney XD, TLC, BBC America, Freeform, Spike, and Cartoon Network. It's a great opportunity to get SafeWord streaming plus other high quality content. You can watch SafeWord episodes on on Roku, Amazon Fire devices, web browsers, Apple TV, and more.  To find out further details, read our DIRECTV NOW review! Lastly, to watch SafeWord online free, try the DIRECTV NOW free seven-day trial!

Sling TV offers another way to get access to SafeWord streaming! It starts at a crazy-low $20 per month, and you can add on bundles to this basic package to get exactly the networks you want.  The basic package gets you 30 channels, and to stream SafeWord, you'll want to get the Comedy Extra bundle, which is $5 and includes MTV,  MTV2, CMT, Spike, Logo, GSN, and more. You can add HBO and premium channels for another low fee. To watch SafeWord episodes online, just stream MTV using Sling to Apple TV, Roku, Chromecast, and phones. Look out for special deals, if you sign up for a few months and prepay you may be able to get a discounted streaming device. Check out the free 7-day trial available to all new members, which gives you a way to watch SafeWord online free.

Is SafeWord on Hulu?

SafeWord streaming is not included in the Hulu lineup. To read about what makes Hulu such a popular option for streaming however, our Hulu review is a good destination.

Is SafeWord on Amazon Prime?

SafeWord can't be streamed using Prime Video. But you can read about the Prime Video service in our Prime Video review.

Is SafeWord  on Netflix?

Netflix doesn't feature SafeWord streaming either. It does feature a diverse library of movies and TV however: find out more in our Netflix review.

What Channel is SafeWord  On?

Looking for the SafeWord channel? SafeWord is on MTV. SafeWord air time is Thursdays at 11:30 p.m. ET. To get the MTV live stream, subscribe to DIRECTV NOW’s free trial, or sign up for any of the streaming services covered above!

Questions about how to watch SafeWord online? Leave us a comment!