How to Watch UEFA Champions League Final Online without Cable

fuboTV is a great way to watch soccer online, including the UEFA Champions League Final this weekend. Get your free 7 day trial today!

Hulu with Live TV covers live sports, live entertainment, and on-demand binge-watching! You can get a free 7 day trial!

Sling TV is a budget-friendly option for live soccer, other sports and entertainment, starting at just $25/mo. Try a free 7 day trial.

On Saturday, June 1st, Liverpool and Tottenham will come together to face off in the 2019 UEFA Final. This is a huge match for soccer fans worldwide, and will offer these two explosive teams the opportunity to prove their worth as legends of modern football/soccer. If you’re looking to watch UEFA Champions League Final online, we’ve got you covered.

But what if you’ve cancelled cable? Is it possible to get the UEFA Champions League Final live stream without cable TV? It sure is! You can watch the UEFA Final stream live, without cable, using one of the services described below.

What Channel is the UEFA Champions League Final On?

In the United States, the 2019 UEFA final will air on TNT. You can watch TNT online via any of the services discussed below.

Spanish language coverage will also air on Univision Deportes, which is also available without cable.

You can easily watch UEFA Champions League Final online via the services discussed below. A top option right now for most folks is fuboTV, which offers a free 7-day trial.

fuboTV is an excellent way to get the UEFA Champions League Final live stream. The service is specifically designed for sports fans, so it’s a great way to watch sports in general. And it’s particularly valuable for soccer fans. In fact, fuboTV offers more live soccer coverage than any other cable alternative! fuboTV works over the internet, and can be used on streaming players (Roku, Apple TV, etc.), computers, mobile devices and more. 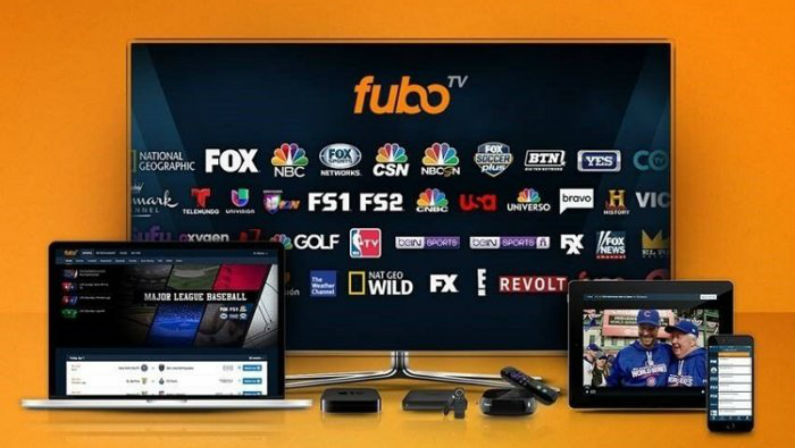 fuboTV offers 80+ channels to watch live, for $55 a month. No contract is required. TNT, the network which will host the UEFA Final stream, is included in the base package. Univision Deportes is also available, which will host the Final in Spanish. So whether you want to watch in English or Español, you can get the Liverpool vs Tottenham live stream on fuboTV!

Or, cut to the chase and watch UEFA Champions League Final online free with a FREE 7-day trial of fuboTV! Remember, no contract is required, so if you end up not liking the service, you’re not locked into anything.

Hulu Live TV is a complete entertainment solution for cord-cutters. It offers a tremendous amount of value by combining live TV coverage with an impressive on-demand library. You’ll get over over 60 channels to watch live, including TNT which will host the Final on Saturday. You’ll also get live access to networks like ESPN, FOX News, AMC, TBS and many more.

In addition to all the live coverage, Hulu offers the original Hulu on-demand library, which is included for free. This adds literally thousands of viewing options, from TV shows to movies and even exclusive Hulu Originals like The Handmaid’s Tale. Learn all about this service in our full Hulu Live TV review.

Click here to try a FREE 7 day trial of Hulu!

Sling TV is another popular online streaming service, which was one of the first on the market to offer live streaming of popular TV networks. Today, it’s still one of the largest providers, and offers tremendous value with packages starting at only $25 a month. No contract is required, and Sling works on the vast majority of streaming devices, mobile devices and more.

To learn more, start things off with a free 7-day trial!

PlayStation Vue is another similar service, offering an easy way to stream live TV without cable. Like the services we’ve already discussed, Vue works over the internet, on most of your favorite devices (including PlayStation consoles, streaming players and more). Prices start from $45 a month, with no contract.

As with the others, TNT is included so you can watch the UEFA final without cable. You can learn more in our PS Vue review, or get started with a FREE 5-day trial!

Use DIRECTV NOW to Watch the 2019 UEFA Final Without Cable

DIRECTV NOW is another good option to access UEFA Champions League Final streaming. The service aims to be a complete alternative to cable TV by offering 45+ channels for $50 a month. It works over the internet, on all your favorite devices, and no contract is required.

TNT is included in the base package, so you can live stream the final on Saturday. You’ll also get networks like ESPN, AMC, TBS, CNN, FOX News and much more! See our DIRECTV NOW review for the full scoop.

Last but not least, YouTube TV will also provide the 2019 UEFA final live stream. This service offers TNT streaming along with 70+ other great channels. It costs $50 a month, and does not require a contract.

Like the other services discussed, YouTube TV works on most devices. So, you can watch UEFA Champions League soccer on your phone, your computer, or on your TV via a streaming device like a Roku. Find out more in our YouTube TV review.

You can also try out YouTube TV for free for 7 days.

To learn more, check out our guide on how to watch soccer online.