fuboTV has over 95 available channels. Enjoy more than 30 sports channels including NBC in most areas. Start with one-free week, today!

Hulu Live works great as a cable replacement, offering locals in most areas and over 60 other channels. A free one-week trial is available!

Sling TV gets you started with NBC (in limited areas) and 40+ other channels in the Sling Blue package. Sign up for your free 1-week trial!

The Minnesota Vikings will take on the San Francisco 49ers later today for a chance to move on in the playoffs. Whoever wins will be headed to the Conference Championship. From there, they could be headed to the Super Bowl. You can watch the Vikings vs 49ers live stream on NBC. This means that in addition to cable, you can watch today’s game on a digital antenna or through a variety of streaming services online!

Watch the Vikings vs 49ers Online on fuboTV

Stream NBC and other local channels with 95+ other channels

fuboTV has everything you need to watch the remaining games in the NFL Playoffs. Most games will air on NBC, CBS, and FOX, which are included in most areas. There’s one available package and it features almost 100 available channels. Over 30 included channels offer sports content, which makes this one of the best choices for sports fans. Packages start at $55 per month, but the first month is available for $45.

More than 30 Sports Channels per Plan

There are also several upgrades that you can use to add even more channels. Your package includes an on-demand library with 3-day replay and a cloud-based DVR. Upgradeable space is available if you need more cloud-storage. You can stream the Vikings vs 49ers on Roku, smart TVs, Apple TV, Chromecast, mobile devices, Amazon Fire TV, and other devices. Our fuboTV review has more details.

Watch the Vikings vs 49ers Live Stream on Hulu Live

60 channels are included with Hulu on-demand

Hulu with Live TV starts you off with 60+ channels. Local channels are available in most areas, so there’s a decent chance that you’ll have NBC in your package. You can add movie channels if you want more to watch. You’ll also have Hulu’s complete on-demand library including all original content. This is all included for $55 per month. You can cancel whenever you want, as Hulu Live is a contract-free service. Visit our Hulu Live channels list to find out more.

Several Package Upgrades are Available for a Fee

Like other packages, Hulu Live offers a variety of features in each package. You can make user profiles and stream on at least two devices at once (or more with an upgrade). You’ll be able to stream on plenty of TV Everywhere apps. The cloud-DVR comes with 50-hours of cloud-storage or you can upgrade to 200-hours with an upgrade. You can watch the Vikings vs 49ers online with Amazon Fire TV, Xbox One, Chromecast, mobile devices, Apple TV, computers, and other devices. Our Hulu Live review has more details.

Watch NBC live in limited areas from just $30 per month

Sling TV is a great option, especially if you’re on a budget. Three packages are available, but the Sling Blue package will get you NBC in some areas. Local content is limited, but this is the cheapest way to stream NBC without cable. The Sling Blue package includes over 40 channels for just $30 per month. You can also add several other channels if you want more content. Sling TV is a contract-free service, so there’s no commitments required.

Customize Your Package with Numerous Add-Ons

Sling TV features an on-demand library with content from local and nationwide channels. You can stream content through TV Everywhere apps, as well. Sling TV now offers a small amount of cloud-based DVR space in every package. You can add more space for a small fee. Streaming is possible on most devices including computers, Roku, Chromecast, Apple TV, mobile devices, Amazon Fire TV, and other devices. Our Sling TV review has more to offer.

Watch the Vikings vs 49ers Streaming on AT&T TV NOW

Start with 40 channels, including NBC in most areas

AT&T TV NOW presents another way to stream the Vikings vs 49ers without cable. There are multiple packages to choose from and NBC is available in all of them. Keep in mind that local channels aren’t available nationwide, so you’ll want to check to make sure that NBC is available in your area. Packages start at $65 per month and includes 40 channels. Along with local channels, this package includes HBO, TNT, FS1, FX, and many other channels

Like other services, AT&T TV NOW provides access to a packed on-demand library offering previously aired content. This is a great way to watch local content if you don’t have access to the live channels. You can also watch content through TV Everywhere apps. A cloud-DVR is also included, though there’s only a small amount of space. You’ll be free to stream content on AT&T TV NOW on most devices. Chromecast, mobile devices, Apple TV, Roku, computers, and other devices are available Our AT&T TV NOW review is here if you have questions!

Watch the Vikings vs 49ers Game on YouTube TV

70+ channels are included with local channels in most areas

YouTube TV is one service that makes watching local channels easier than ever. They offer local channels to most homes and that includes access to NBC. The main package has over 70 channels and there are a few add-ons available for a fee. You’ll pay $50 per month to start. There are no contracts, so when you want to cancel, you’ll just click a few buttons and you’re done. Your package will include HGTV, USA, AMC, FS1, NBCSN, ESPN, and several other popular channels.

An Unlimited Cloud-DVR is Included

YouTube TV comes with an on-demand library. TV Everywhere apps are also compatible. YouTube TV is one of the few services that include a cloud-DVR with unlimited space. Streaming is possible on three devices at once. You can even make user profiles for the family. You’ll be able to watch live TV on Amazon Fire TV, computers, Chromecast, Roku, Apple TV, and other devices. Don’t hesitate to read our YouTube TV review if you want more details

Watch the Vikings vs 49ers Live Stream on your Digital Antenna

Make sure to let us know if you have any questions about how to get the Vikings vs 49ers live stream. You can also check out our guide on how to watch sports online. 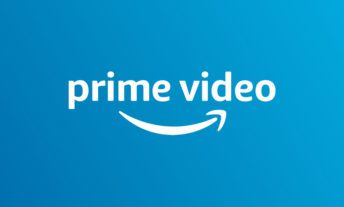