With coveted features like unlimited DVR storage space and a line-up of over 85 channels, YouTube TV is fast becoming one of the top live TV streaming services. And it’s beginning to show a particular love of sports with an impressive list of networks and premium add-ons. Although some regional and specialist channels are missing from the $64.99/mo. service, YouTube TV is still worth considering for all your sports streaming needs. Find out what else the service has to offer with our in-depth YouTube TV review.

YouTube TV isn’t the cheapest way to watch live sports, but it does offer a wider range of channels than most rival services. (The only sore spot is its regional coverage, but more on that below.) In fact, you should be able to catch almost every event as YouTube TV has all the big names along with major league and specialist networks.

CBS Sports Network, ESPN, FS1, NBC Sports Network, TBS and TNT all appear on the list along with baseball’s MLB Network and basketball’s NBA TV. YouTube TV has ACC Network’s college sports too, and everything from the Golf Channel, Olympic Channel and Tennis Channel.

There’s no beIN Sports on YouTube TV, making it difficult to stay on top of international sports. Major hockey and football fans may be disappointed too. NFL Network, NFL RedZone and NHL Network are nowhere to be found on the service’s channel list. However, you can still catch live hockey matches via the likes of CNBC and NBC. Sunday and Monday night football games can be viewed through YouTube TV’s NBC Sports and ESPN, respectively, while local games are often on FOX Sports.

Of course, you won’t just want access to the national names. Local networks are the best way to closely follow your area’s teams.

Unfortunately, YouTube TV recently lost some of its regional sports channels. For example, you’ll no longer find FOX Sports Prime Ticket, FOX Sports West, Marquee Sports Network or YES Network on the service. (That may be a big problem for fans of the New York Yankees, Los Angeles Clippers or other teams that dominated those networks.) There are also no channels from MASN, MSG or Spectrum.

However, YouTube TV does still carry lots of local sports channels from the likes of FOX and NBC. Here’s the full list:

YouTube TV comes with premium qualities like unlimited DVR storage, so there are few feature add-ons. But you can add on two sports extras:

FOX Soccer Plus is a premium network that provides international coverage of all things soccer and rugby. For an extra $15/mo., you can catch mega competitions from across the globe, including the UEFA Champions League, German Bundesliga and National Rugby League.

If you want more NBA action, consider investing in NBA League Pass for YouTube TV. For an additional $39.99/mo., you can watch every out-of-market game during the regular season without any pesky ads. During the ad breaks, you’ll see arena feeds instead.

YouTube TV is super easy to use and comes with plenty of nifty features to please sports fans.

As well as watching YouTube TV on your TV, you can also catch every sports channel via Android and iOS phones and tablets. The service is also available to watch on your computer through Chrome or Firefox.

If you want to watch football, but your partner or housemate is more into basketball or golf, you won’t have to fight over the remote. YouTube TV allows three people to use the service at once.

YouTube TV is one of the few services to offer unlimited cloud DVR storage for free. That means you can record as many games as you want and will have nine months to watch them.

Up to six people can create individual user profiles per account. Each member of your household can set their preferred teams or leagues and hide scores without affecting anyone else’s feed. Don’t forget to take advantage of YouTube TV’s Views filters too. The stats view will give you real-time stats (without any spoilers if you’re watching a recording), the key plays view lets you rewatch important plays during a game, and the scores view highlights leagues’ live scores and standings.

YouTube TV is a good pick for sports-lovers. With most major networks and plenty of specialist channels, you’ll be able to stay on top of various league happenings. But there are a few downsides. Namely, that there’s no extra coverage from the NHL and NFL and that several big regional names are absent. The best way to see if YouTube TV is right for you is to check the channel line-up where you live and to embark on a two-week free trial.

YouTube TV has all the major sports games and analyses from ESPN, FS1, NBC Sports Network and more. NBA and MLB fans are also covered — those leagues’ dedicated networks are both included as standard. But there’s no NFL RedZone or NFL Network on YouTube TV, and the service’s regional line-up has suffered in recent months after some popular local names were dropped. Still, YouTube TV’s features — including unlimited recording space and the ability to  set favorite teams — likely make up for this local loss. 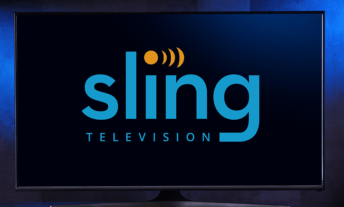